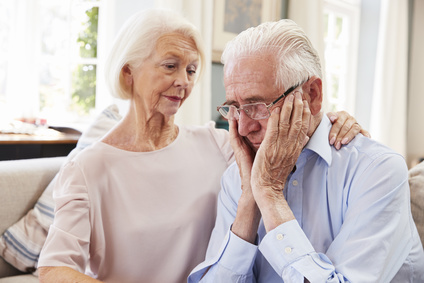 Despite significant investments in research to fight Parkinson’s disease, no treatment targeting regeneration of dopaminergic neurons, or at least slowing the progression of the disease, has been authorized on the market. Promising announcements of the pharmaceutical research laboratories are numerous, but a growing number of patients are asking the question: why is it always for tomorrow, and then the day after tomorrow …?

Live Better Parkinson’s has tried to bring some answers to this legitimate question.

A medical culture of symptoms

The essential reason indeed lies in our medical culture of treating a disease. In a study by Meissner WG et al. of 2011 “Priorities in Parkinson disease Research” published in the scientific journal “Nat Rev Drug Discovery”, he points out that among dozens of drugs on the market in the care of patients with Parkinson’s disease, NONE targets neuroprotection. So no strategy has been developed to stop or slow down the progression of the disease.

Although symptoms can be improved through dopamine replacement strategies, there is an urgent need to reorient current research. The strategy should target treatments producing neuroprotective and/or disease-modifying effects so that patients can hope to see the neurodegenerative process slow down.

All neurodegenerative diseases including Parkinson’s, are complex pathologies

Even today, experts do not entirely agree on the pathogenesis of Parkinson’s. So, how do you fight an enemy if you do not know, at least partially, why he can emerge and settle in a patient?
At present, experts agree that several phenomena are always present and at the origin of Parkinson’s disease. All neurodegenerative diseases have common factors such as oxidation, neuroinflammation, mitochondrial dysfunction (cell power plants), genetic damage (protein misfolding and aggregation), among others.

The neuro-degenerative diseases of which Parkinson is like a bottomless pit or a bathtub with multiple holes. If we want to close only one hole hoping to see the bathtub stop emptying, we may not be able to see a very significant slowdown. It would be appropriate to simultaneously plug several holes, at least all major ones if we want to observe a significant slowdown of leaking.

Thus, to hope to impact significantly the process of Parkinson’s disease, it should be considered one or more drugs to overcome all the underlying problems. And of course, drugs without side effects …

Note that an approach is currently being tried to regenerate neurons and synapses, among other approaches in the therapy of stem cells (pluripotent cells) that can generate neurons (neurogenesis).

Prevention is better than cure

We are far from the traditional approach of Chinese medicine which provided that the doctor was paid as long as his patients were in good health. He had every interest in having his patients go well because it was only in this situation that he was paid. Our system is just reversed because it is based on the treatment of diseases. It also gives high priority to the consequences of the disease, trying to reduce the symptoms, often to the detriment of causes.

Recently, with uncontrolled spending and NHS on the brink of collapse, governments, FDA and NHS are focusing more on a highly personalized and preventive approach.

The number of biomarkers to detect people at risk or the first warning signs of disease is proof of this reorientation. FDA is strongly focussing on personalized medicine including biomarkers.

Experts estimate that in only 5 to 15% of cases, the disease has an inherited genetic origin. Why are Parkinson’s statistics soaring exponentially?

A series of explanations are put forward to try to understand this phenomenon which takes proportions of a pandemic: An aging population with a longer lifespan, an increase of the stress, pollution, the “junk food” as well as the accumulation of toxic products for the body, would be responsible.

It is true that pesticides, but also household chemicals, heavy metals, and other toxic agents are suspected to be responsible for 85-95% of the remaining factors that would cause Parkinson’s disease. It should also be noted that the average age is becoming lower and it is not uncommon to see people under fifty affected by the disease.

Prevention, with early biomarkers, will play a significant role in the apprehension of this terrible disease. A healthy lifestyle can certainly also help slow down the disease process. Many studies testify to this.

Stem cell therapies are also exciting because they have the objective of regenerating neurons, although this will remain expensive and complicated processes.

Other approaches are on the horizon. We can mention for example French biotech that develops a molecule that has demonstrated powerful neuroprotective effects in preclinical models and simultaneously targets the major processes involved in the pathogenesis of the disease.

Also worth mentioning are dietary supplements, some of which show very interesting neuroprotective effects, with preclinical and clinical studies to support it.

We hope that these different approaches and therapies will be accessible quickly, so that people who have suffered from Parkinson’s for years or decades may see their quality of life improve.