Breakthrough in Parkinson’s disease: A food supplement, rich in L-dopa, neuro-protective, and without side effects

Why is there still no cure for Parkinson’s disease? 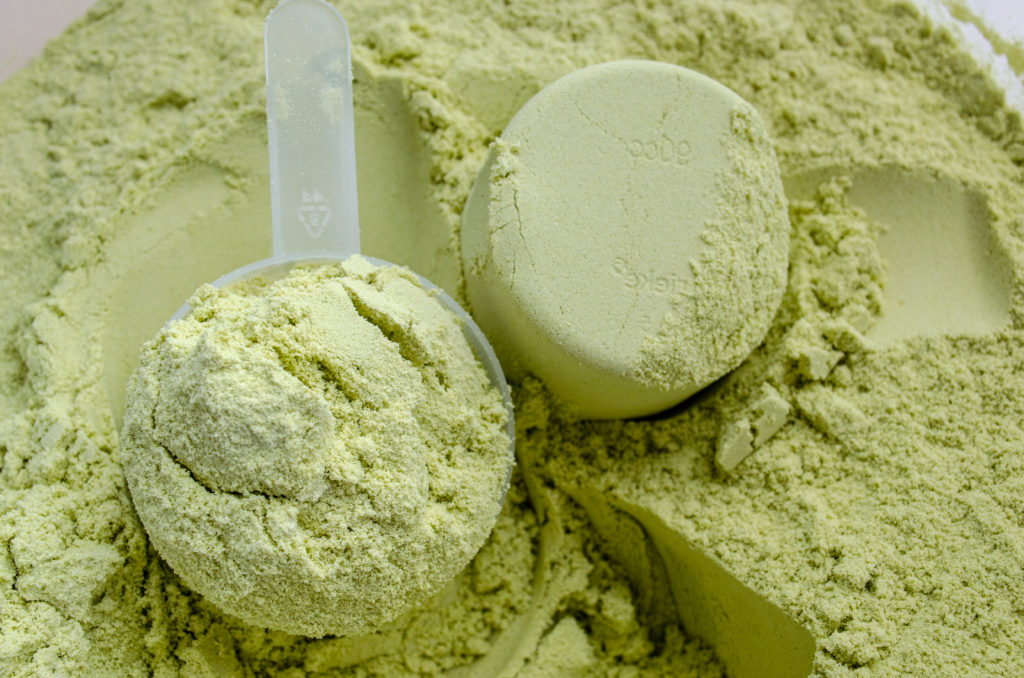 Finally! A European team specialized in neurodegenerative diseases has published preclinical and clinical studies on a food supplement of natural plant origin to fight Parkison’s. The food supplement has already been launched on the market under the name Atremoplus.
The exceptional results of the studies demonstrate significant improvements in the symptoms of Parkinson’s. No undesirable side effects have been noticed during the clinical trial. The studies also reveal a robust neuroprotective potential that could help in the field of prevention and enhance slowing down the disease progression. Inhibitors that occur naturally in the food supplement contribute to regulating and slowing down the transformation of L-dopa allowing it to cross the blood-brain barrier.

A natural plant-based solution without side effects

The European scientific expert team for neurodegenerative disorders has worked on the development for over a decade with the target to elaborate a natural solution to fight Parkinson’s disease providing significant symptom relief and additionally also neuroprotective action helping to slow down disease progression, mainly absent to this date in the care of Parkinson’s patients.

The team reached out to provide a food supplement, rich in L-dopa of natural plant origin and very well tolerated. The nutritional analysis (*see list below) shows that complex and gentle extraction of the active principles allows the preservation of L-dopa (21mg/g) and Vit. E of natural origin at the daily recommended dosage. In addition, the food supplement contains also a multitude of highly beneficial bio-functional elements a trace levels such as vitamins, omega 3 fatty acids, minerals, polyphenols, amino acids.
This set of natural components has demonstrated excellent results in the studies allowing action in both symptom relief in Parkinson’s disease but also favoring the neuroprotective part to slow the progression of the disease. Since the product is very well tolerated, a real prevention strategy can also be targeted.

Clinical study and possible fields of application of the food supplement

An intake of 5g of the product increases the dopamine levels by at least 200% within 30-60 minutes, with a duration of action of up to 12 hours, at the same time improves the cardinal symptoms of Parkinson’s disease: bradykinesia (slow movements), tremors and hypertonia (rigidity).

Taking into account the efficacy of the food supplement and the positive results, the authors of the clinical study suggest that this food supplement of natural plant origin would be a solution to:

The study reveals that the co-administration of the food supplement with antiparkinsonian drugs allowed a reduction of the doses of conventional treatments by 25-50%, with advantageous clinical effects and a reduction of undesirable side effects of these drugs.

Consequently, this food supplement could be useful for all phases of Parkinson’s disease (initial, intermediate, and advanced) including for patients experiencing severe adverse reactions to conventional anti-Parkinson’s treatments could benefit from the food supplement as well as those that tolerate better natural products in general.

Pre-clinical studies have demonstrated a high potential for the protection of dopaminergic neurons, which favors slowing the progression of the disease. This neuroprotective quality of the food supplement, combined with its excellent tolerance without side effects, suggests that the product has an excellent profile also for its use in the prevention of the disease. It has been demonstrated that the active ingredients contained in the product can selectively protect dopaminergic neurons. This characteristic of the product could indeed be a key in all the phases of Parkinson’s disease and contribute to preserve the remaining dopaminergic neurons and therefore slow down the process of degeneration.

The food supplement Atremoplus has already been launched on the market

The conclusions of these scientific studies suggest that the food supplement, which is already on sale on the internet, could contribute to significantly improving the quality of life of patients, considering that patients need solutions and efficient results right now due to their often situations which is often dramatic.

Maintained effects of the food supplement effects over time

To produce dopamine, the body needs its precursor, L-dopa. If the body can not produce enough dopamine because too many of its dopaminergic neurons are destroyed (see below pathogenesis of Parkinson’s*), then the standard treatment is the prescription of synthetic L-Dopa drugs. This disease management works quite well for the majority of the patients during the initial phase of the disease, 3-5 years on average. After this phase, the drugs often have reduced effects, causing “on/off problems” and “Freezing” in patients which are characterized by an involuntary blockage of movements. It is frequently observed that the undesirable effects increase with the progressive increase of the dosage of the drugs. Another symptom very disabling that appears regularly at this more advanced stage of the disease is dyskinesia, characterized by involuntary movements.

The food supplement, with its neuroprotective qualities, could indeed contribute that patients are not forced anymore to attend helplessly to this more or less rapid decline and fight against the bad morale through new perspectives. It could be a key for PD sufferers to help them to mobilize themselves and fight against the disease as dopamine also plays a crucial role in motivation. Lacking dopamine can cause sadness and depression observed in almost 30% of patients facing Parkinson’s disease and the food supplement could effectively combat this phenomenon.

The food supplement Atremoplus has already been launched on the market

The conclusions of these scientific studies suggest that the food supplement, which is already on sale on the internet, could contribute to significantly improving the quality of life of patients, considering that patients need solutions and efficient results right now due to their often situations which is often dramatic.

DISCLAIMER:
This blog is strictly a news and information blog about Parkinson’s. It is not intended to provide medical advice, diagnosis or treatment. All content on this blog is NOT intended to be a substitute for professional medical advice, diagnosis, or treatment. We invite readers of this blog to seek the advice of your medical doctor or another qualified health provider with any questions you may have regarding a medical condition. Never disregard professional medical advice or delay in seeking it because of something you have read on this website.

Parkinson’s disease has its roots in the progressive degeneration of dopaminergic neurons. The primary symptoms are well-known: stiffness, tremors, slow movements, and depression. In addition, there is a multitude of other symptoms that make this disease extraordinarily debilitating and painful to live on a daily basis. It is physically, psychologically, and socially exhausting for patients as well as for families and caregivers.

Dopaminergic neurons receive the L-dopa and convert it into dopamine. This process is possible as long as there are enough dopaminergic neurons to ensure the ability of synthesis, storage, and gradual release of dopamine. Dopamine is a neurotransmitter that plays a key modulatory role in a multitude of psychomotor functions. It intervenes in the coordination of movements, learning, motivation and the rewarding process, and other essential functions. The dopaminergic neurons decrease naturally and gradually with age in all populations. However, in people with Parkinson’s disease, this degeneration occurs more quickly. The hereditary phenomenon seems to play a minor role (about 10%). Moreover, even if it is not yet fully understood, exposure to toxic agents (pesticides, toxins, additives, and others) and pollution in general, combined with inappropriate nutritional habits and a sedentary lifestyle, seem to play a significant role in the development of the disease. When the loss of these dopaminergic neurons reaches the critical threshold of 60 to 80%, the known symptoms of this disease appear gradually.
The food supplement can play an interesting role to lower the risk of occurrence and also helping those that are affected by Parkinson’s.

This content can be important for people looking for information and solutions. Please share it!
If you liked this article and would like to receive more information about Vicia-Faba, please subscribe to our newsletter! Thank you!

Disclaimer
Please note that this blog comments on scientific studies in a general manner.
For all medical related questions, please contact your medical health professional.

If you wish to have our information in relation to advances in Parkinson’s disease, you can subscribe to our newsletter.